After setting up a new protocol (and corresponding protocol class), there is often a need to modify it afterwards. Especially during the assay development phase, protocols may change significantly over time.

Phaedra offers a tool called the Protocol Class Editor to allow you to make such modifications. To open this editor, right-click on a protocol and select Edit Protocol Class. 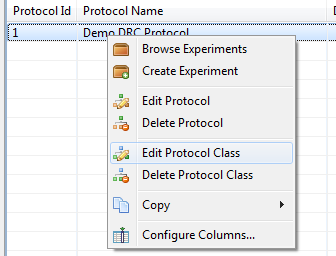 Note: A protocol class may be locked. In that case, it cannot be modified anymore, and you will get a message when trying to open the protocol class editor. You can still view all the settings, but you cannot change them.

At the bottom of the editor, you will see 4 tabs:

This section contains general information about the protocol class, including its name, description and status. 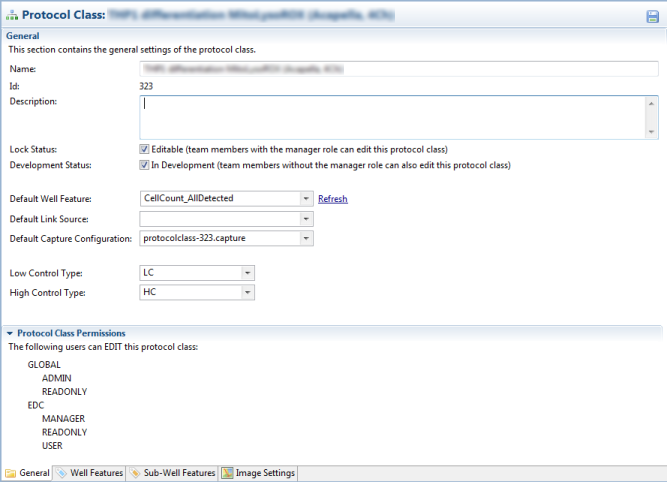 Additional settings on this tab include:

In the Well Features tab, you can modify the list of available well features, and configure the details of each well feature. 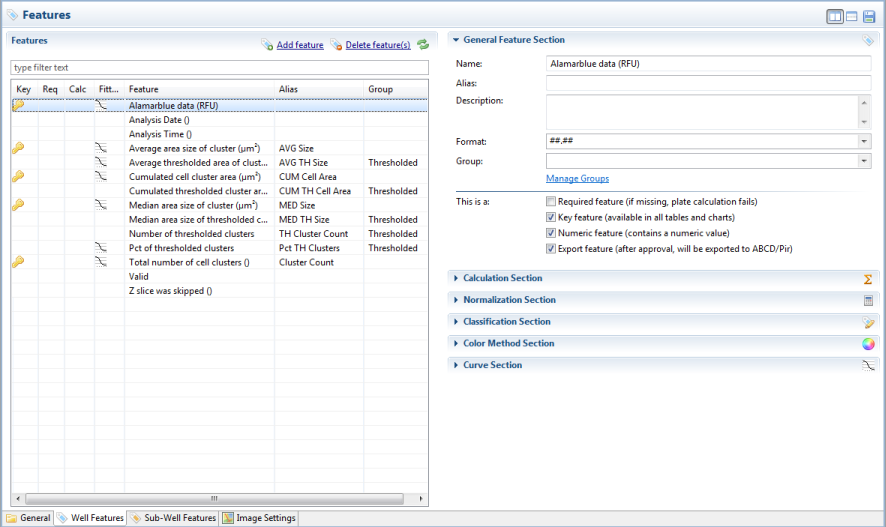 The screen is divided into two panels: the left panel shows a list of well features, while the right panel shows the details of the selected feature.

In the left panel, the following information is shown:

If you select a feature, the right panel will show the following information in the General Section:

In the Calculation Section, you can enter a formula for the feature, to turn the feature into a calculated feature.

In the Classification Section, you can define a class list for this feature, turning it into a classification feature.

The pattern column determines the numeric value that represents a class. This is a very important concept and should be configured properly for correct classification results. There are two approaches:

Non-overlapping classes: a well can belong to only one class. Define the pattern as an incrementing binary number, for example:

Overlapping classes: a well can belong to two or more classes. Define the pattern as a binary number with dots as wildcards, for example:

In the above example, a well can belong to:

In the Color Method Section, you can select and customize a coloring method for this feature, to use on heatmaps.

In the Curve Section, you can configure the dose-response curve that should be calculated on this feature. The settings are:

In the image settings tab, you can customize how images are rendered in Phaedra. An image consists of a series of image channels, which Phaedra displays on top of each other.

Each image channel can be configured with a color, contrast and several additional settings.